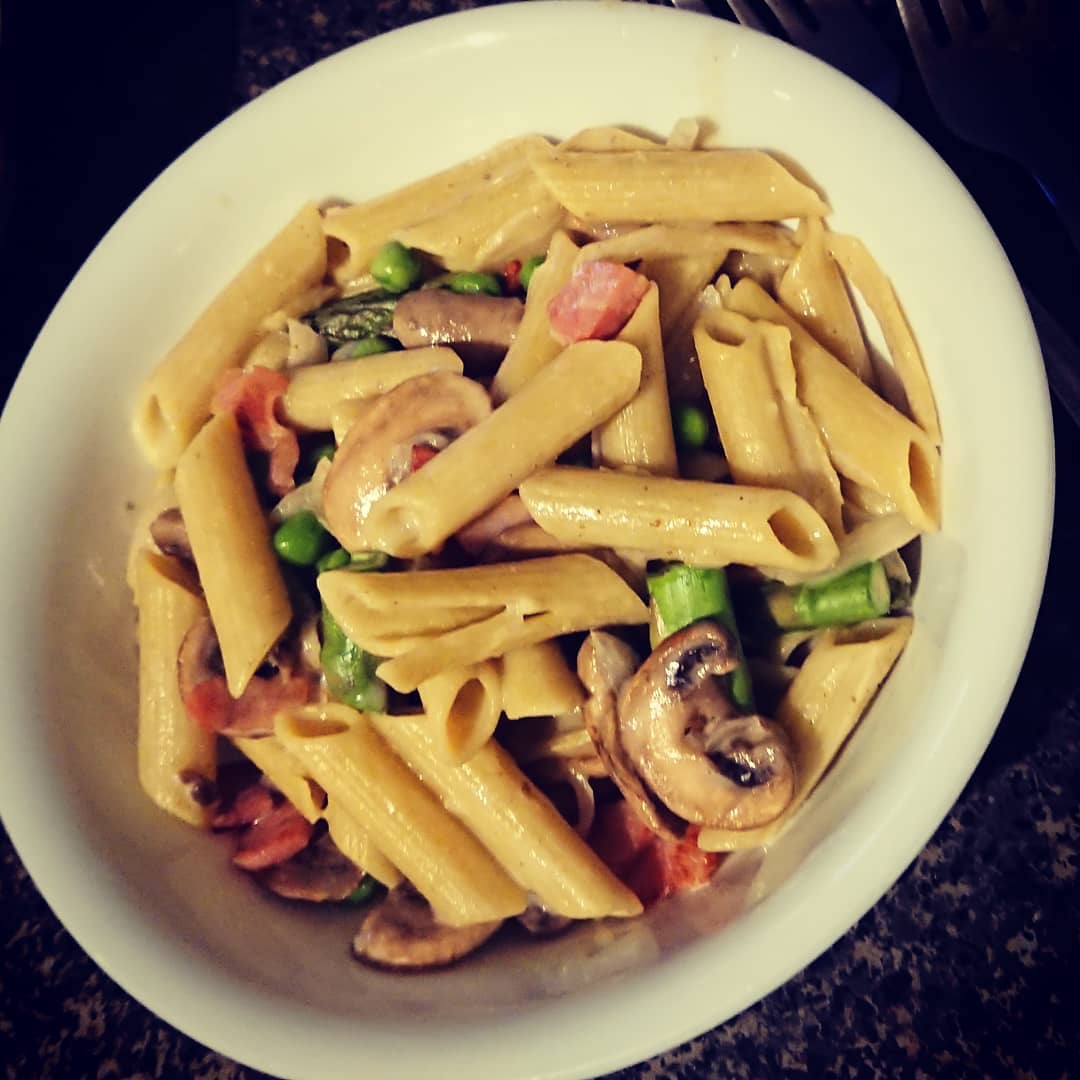 I know I promised I wouldn’t be all about pretending lower fat/carb/what have you is the real deal, and instead celebrate food for what it is, rather than demonising food groups. And that still stands, even with recipes like this, which substitute traditional pasta for gluten free pulse pasta (that it’s GF wasn’t a consideration in choosing the ingredient, just a note that it IS gluten free, but I’m sure the recipe itself isn’t). Furthermore, from day one of my fitness journey, I’ve been adamant that I wouldn’t cut out any foods – no food would be forbidden, although I knew some meals would be on a much lower rotation.

Of course, common sense dictates that creamy, bacony pastas have been severely limited. I haven’t had a boscaiola in what seems like forever, which is especially sad, as it was once my signature dish! However, this “nots-caiola” means that I can have my pasta and eat it, too! At 385 calories for a smallish serve (small but still adequate – it got me through a 1.5 hour roller derby training session with no problems), it’s not exactly low calorie, but by using a pulse pasta made of lentils, borlotti beans, peas and chickpeas instead of the usual wheat pasta, swapping the cream for the lighter Philadelphia cream for cooking and loading it with veggies, what was once a heavy and indulgent meal is now a nutritious and reasonable occasional weeknight dinner that the whole family loves. It doesn’t taste exactly like my old boscaiola, but it is in no way subpar or inferior. It’s just more nutritious and far less caloric. Win, win, win!