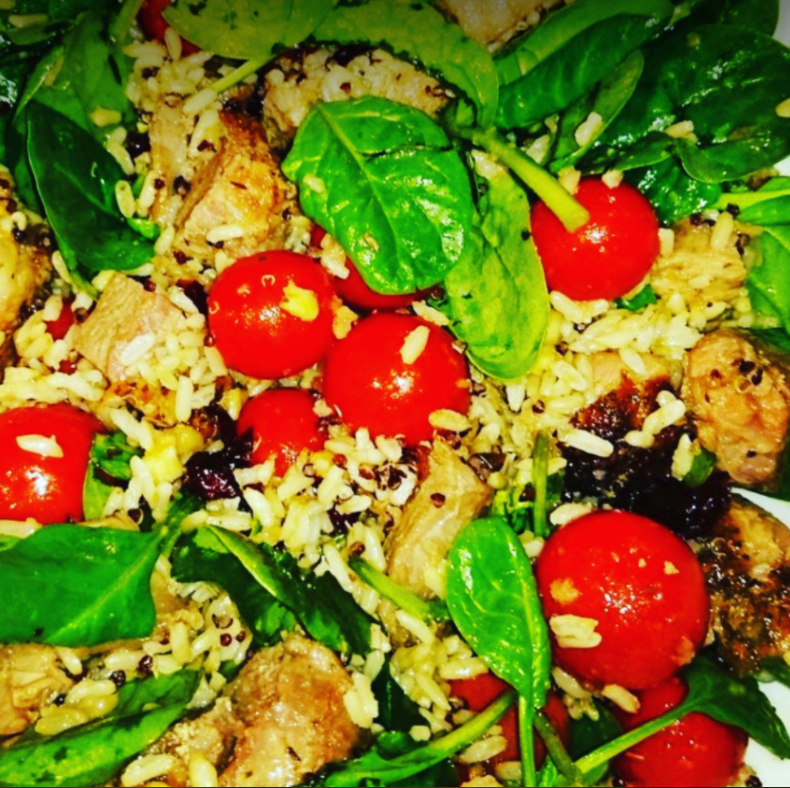 I found a stuffed turkey roast for $2.83 today. The cheapskate in me was beyond thrilled, and suffice to say, tonight was destined to be a winner winner turkey dinner.

The beauty of this recipe – which I’ve had in my back pocket for many years now – is that it is so hands off and easy. Sure, the turkey takes over an hour to roast, but you cook it in the container it’s sold in, and while it does its thing, you’re free to do as you please. Then, with all of 5 minutes of active cooking time, which you can do any time within the next 24 hours (although if your bird cost you less than 3 dollars, I recommend cooking and eating it immediately!), the most simple ingredients become something truly wonderful. It’s a 500 calorie dinner that fills you up and feels like it should be a whole lot naughtier, and still yields leftovers for the next day (or to be fought over by the husband and nearly-teenager, as is so often the case in my house now).

Of course, you can cook the rice from scratch… but you do lose a little of that lazy-dinner feel in doing so. And sometimes, we all need a lazy dinner!

900-1.1kg stuffed turkey roast (my favourite one to use is the Ingham Turkey Thigh roast with apple stuffing) 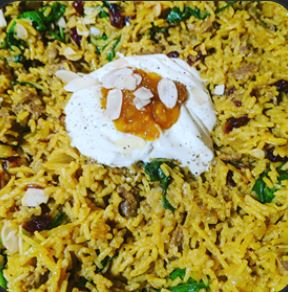