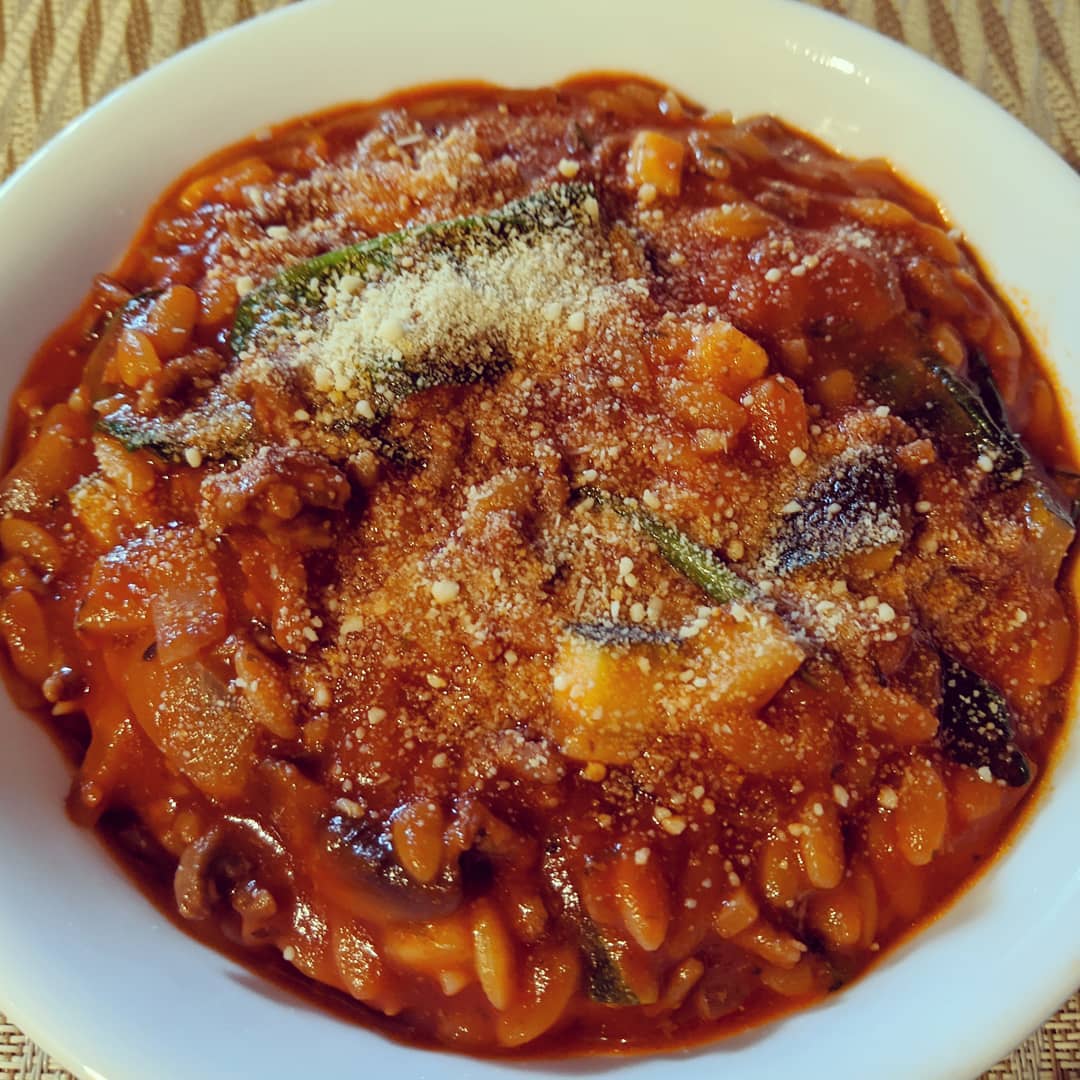 I had every intention of making a tomato and meatball soup today, I really did. But when push came to shove, I just could not be bothered rolling meatballs. Besides, right now, the idea of squishing other peoples’ food around in my hands sounds tone deaf, all things considered. But really, I just couldn’t be bothered, let’s be honest.

Instead, I dumped everything in one pot, at the advice of Nagi at Recipe Tin Eats. This isn’t her exact recipe – I upped the veggie intake, and cut back on the risoni a little, but the spirit of her recipe is there. And it’s perfect for those CBF kinds of nights. The whole ordeal took maybe 20 minutes, it’s made on staples/stuff I found in my fridge and cabinets (again, perfect for Corona-geddon), was tasty and comforting, and was gobbled up by everyone. It’s not like usual bolognese recipe, but the benefit of that is that you could pretty much throw anything into it and have it come up a winner. It’s one of those magical recipes. So I’m writing it down so that I don’t forget it!

Nagi’s recipe clocked in at 484 calories; mine is 400. Either way, it’s better than takeaway!