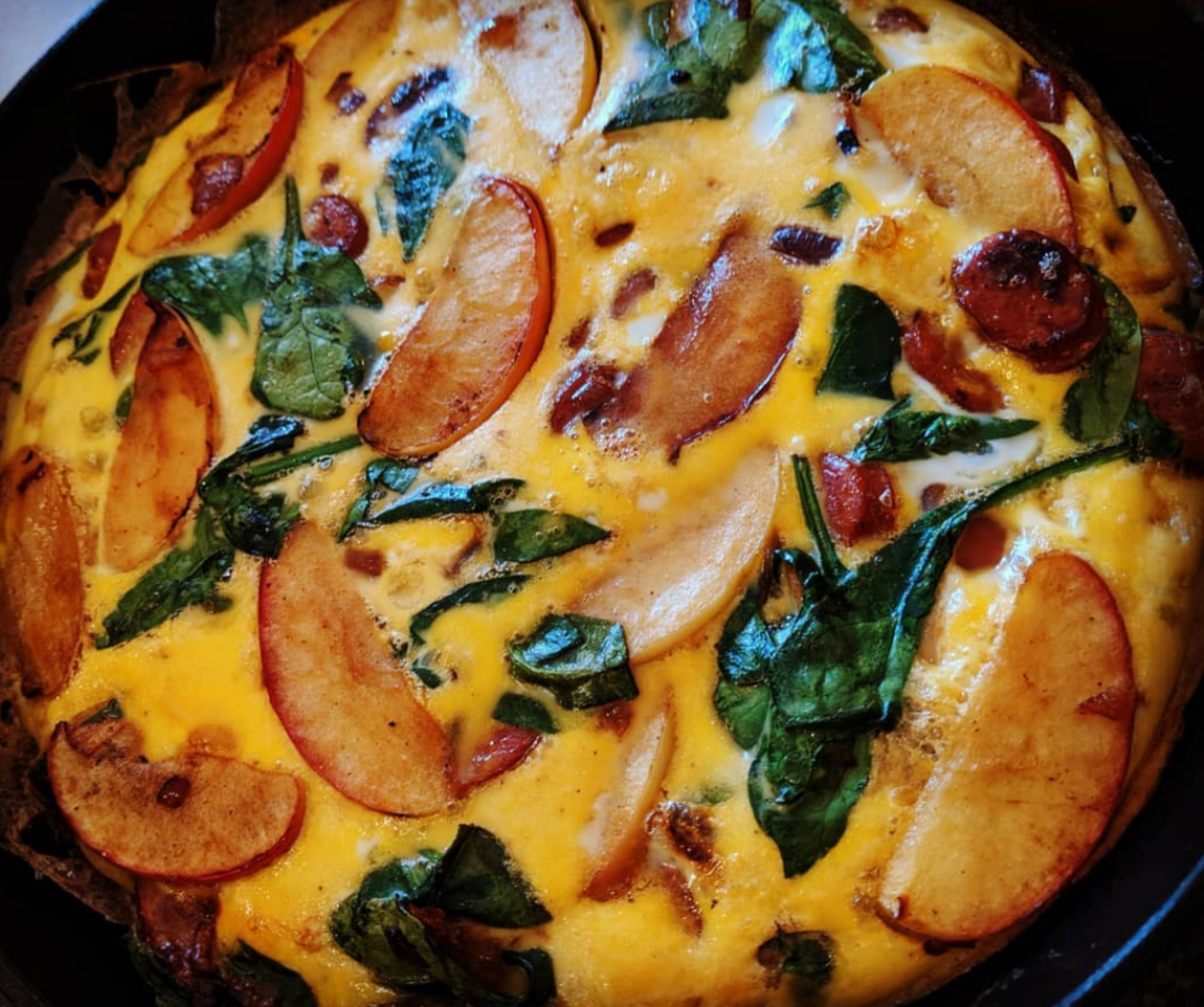 Ahhh, frittatas. So easy, so delicious, so good at making a meal out of the most basic ingredients.

This particular frittata, for example, is so stupidly easy, yet the flavour is almost undeservingly wonderful. Such marvelous results for such little effort or need for cooking expertise. I mean, isn’t that the best kind of cooking? All the results for little effort? In my busy, lazy world it is.

This frittata is so versatile, too. You can make it the night before, which is perfect for Thursday nights when the daughter and I both have netball training, the son has baseball, and the husband has a killer commute. It’s a meal in itself, but light enough for those nights when you don’t want a full dinner. And, best of all, while doesn’t last long in my house as everyone loves it, if I can keep it away from snacky, sneaky hands, it lasts two or three days for a great work lunch. A larger serving (1/4) is only 360 calories, and a smaller serving (1/6) is 240. Add some veggies or a salad, and you’re absolutely good to go – and it’s more filling than just the larger serve.