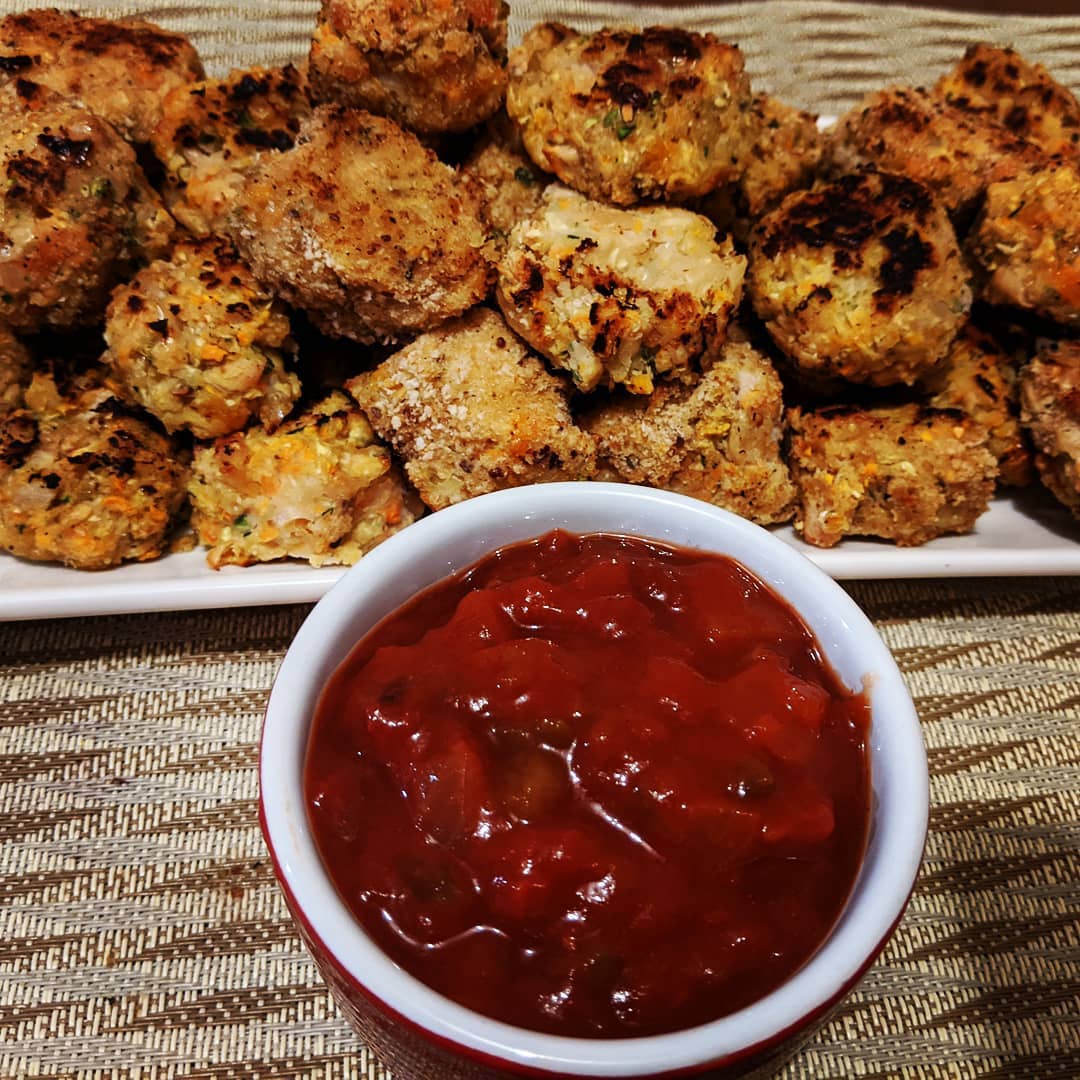 Yeah, you heard me. Not a sentence I was expecting, either. However, not only are they absolutely delicious, they’re packed full of nutrients and are only 40 calories each. Throw 5 or 6 into a container, add a salad and some salsa you’re good to go with a fabulous work lunch in all of 5 seconds flat. And they’re so cheap and easy to make. You probably don’t have to buy a single thing from the store.

I could go on and on. Suffice to say, these are awesome. Which is a pleasant surprise, because while I was cooking them, I was sure they’d be a disaster. I got the recipe from Taste.com, but found the mixture too wet to roll in egg and breadcrumbs, so I just dumped them into the mixture, and then I worried that they’d fall apart while frying in oil, so I baked them first, then finished them off in a nonstick frypan. Bonus: they’re healthier this way!

This recipe yields 30 nuggets, but I think they’d be great as larger rissoles, too. Maybe as veggie burger patties?

Salt and pepper to taste.