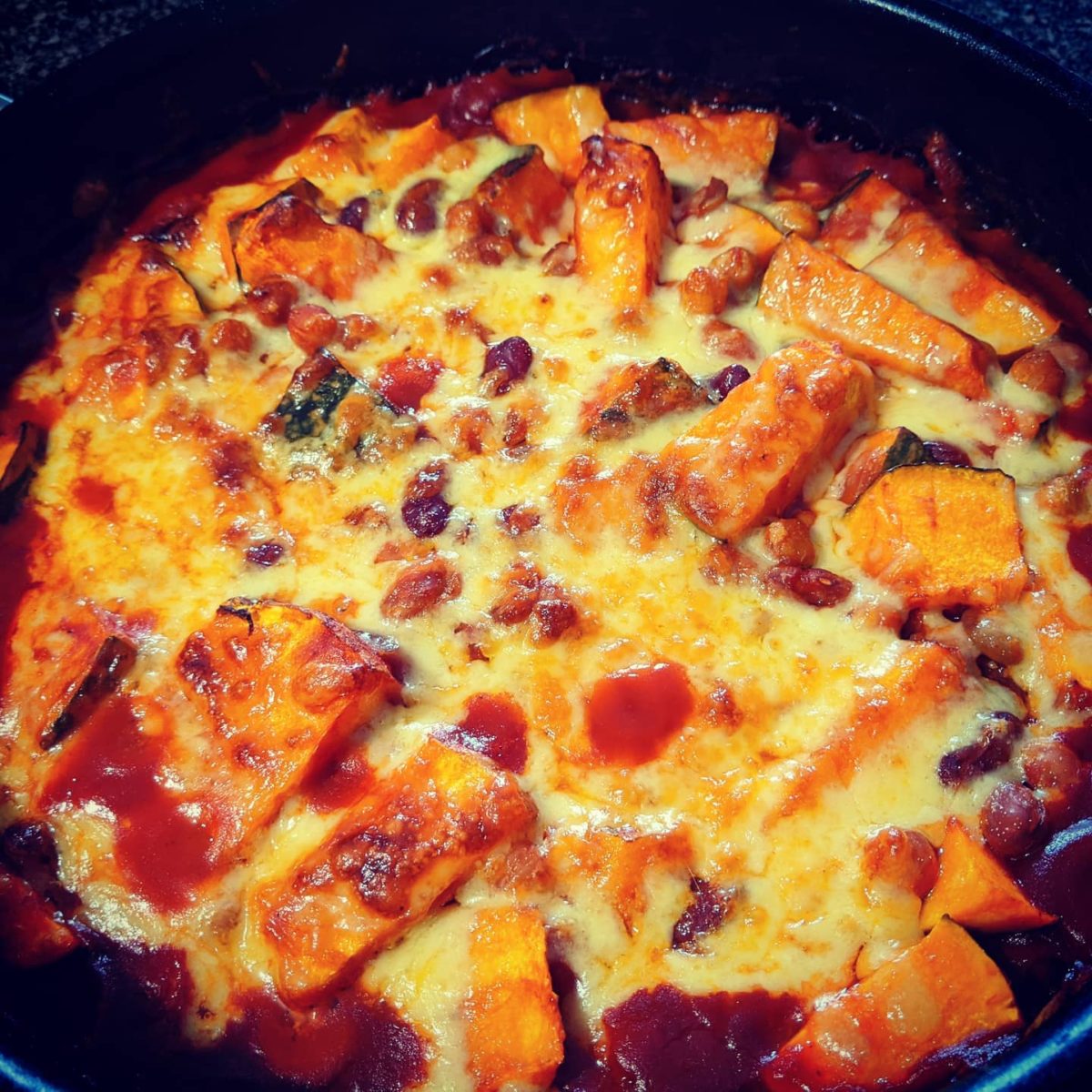 As a kid, I always hated the little tins of baked beans that sat in our pantry at all times, and for the longest time I just assumed I hated beans. It didn’t really take up much mental real estate, as we didn’t really eat beans, and there was never a situation where tinned baked beans were the only acceptable option. They were never forced down my throat, as Mum doesn’t like any beans, so I didn’t, either.

Or at least, that’s what I thought for the first 30 or so years of my life. As it turns out, I LOVE beans of all shapes and sized, I just don’t like the weirdly sweet sauce that smothers tinned baked beans (or tinned spaghetti, for that matter). I eat beans weekly, in some form or another, and haven’t found one I don’t like yet.

I’ve still been a little gun shy to make my own baked beans. 6 hours? Overnight soaking, just so I can forget they’re there? Nah. I survived 30 years without them, I can go a little longer, right? But then, I found a recipe in a Women’s Weekly vegetarian cookbook that used tinned beans and took maybe 5 minutes of hands-on time, and 30 minutes total. That, I would try. And, boy, was I rewarded handsomely for my investment. For 30 minutes of work and maybe 5 bucks in ingredients, this recipe yielded a thick, spicy, stew-like dish held together with just enough cheese to feel special, that fills you up for 410 calories per serveand makes you rethink everything you ever thought about baked beans.

In case you can’t tell, I’m a total convert.

400g can chickpeas, drained and rinsed

It’s always great looking for fresh, new snacks that get me happy to be cooking and ready for the week ahead. Bliss balls, veggie muffins, any little thing I can munch on mid-morning to get me through the work day, that not just satisfies my hunger, but also my desire for yummy, interesting food. I’m a creature of habit, but don’t like eating the same thing over and over again.

Which brings me to these cookies whose deliciousness belies the nutritional punch that they pack in every bite. Crunchy, sweet, seedy, oaty, and just salty, they’re a fantastic work snack for only 90 calories apiece (for a yield of 30 cookies). Granted, they’re not very large, but one of these and a piece of fruit or veg, and you’ll be good to go for ages. You could also make them 1.5 times larger and cook them a few minutes longer, because 135 calories for a substantial snack is nothing too terrible, either. I just like them little and cute, I guess! I used Kodiak power cake mix, and highly recommend it for both flavour and added protein, but wholemeal flour works well, too.

Oh, look! Another soup! It’s cooling down here now, and I’m swapping my salads for soups as my seasonal staples. I’ve been making this soup for years, and it’s an absolute winner. I mean, chicken and corn soup isn’t anything overly special, but the sweet chilli sauce – such a simple addition to such a simple dish – makes such a difference to the versions I ate growing up. Adding a pumpkin lemonade scone for dipping makes this a delightfully delicious light meal that will leave you feeling like you’ve partaken in something special. Yet, it’s a cinch to make, and so very budget friendly. A serve of each sits right at 400 calories, making it the perfect winter warmer.

Serves 4 at 300 calories per serve

Salt and pepper, to serve

makes 16 at 100 calories each (they freeze really well) 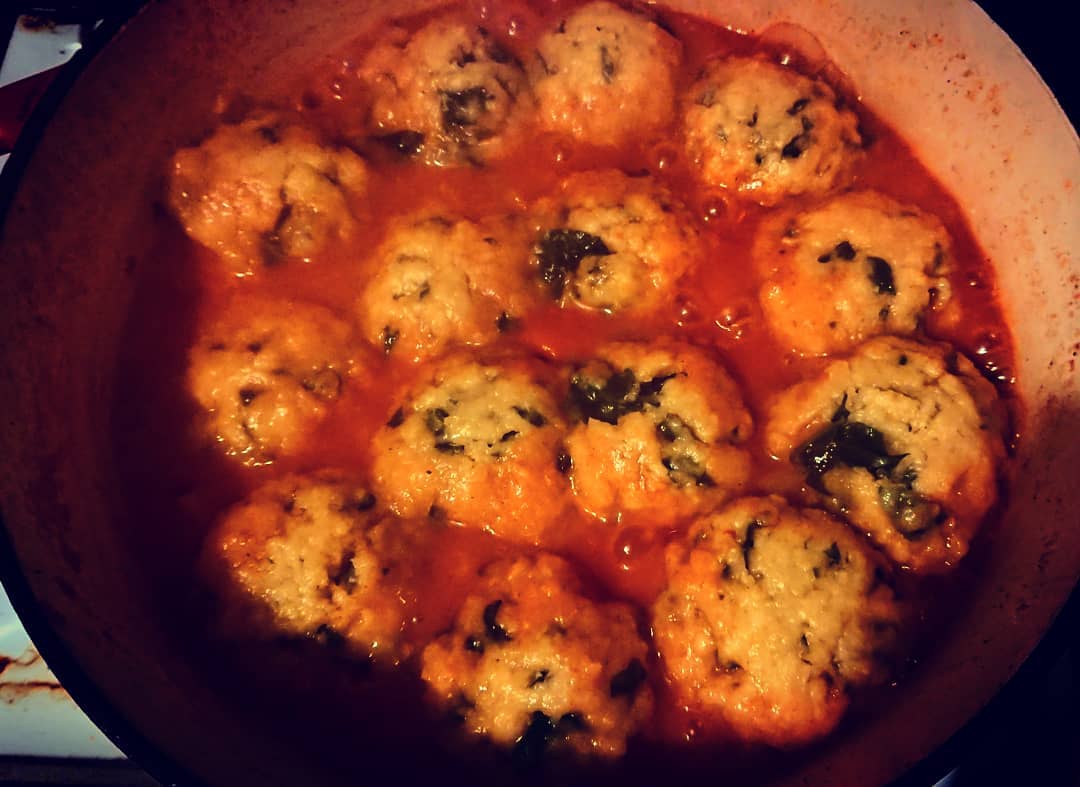 It’s finally cooling down, which means I can pull out my beloved red cast iron pot and whip out the comfort food recipes to help warm me up. Seriously, people joked that I would feel the cold after losing all the weight. They weren’t wrong. Last winter was miserable – I was ALWAYS cold and found it difficult to warm up. I’m hoping this winter, I will be more acclimated and less uncomfortable, despite being slightly smaller again.

It has to be said, that during the Winter months, I sometimes miss some of the heavier stews and casseroles that are suprisingly high in calories despite feeling like a wholesome bowl of goodness. Of course, rather than throwing in the towel and giving in to temptation, I’ve turned to searching for lighter, but equally comforting – recipes to fill the void. Some of them have been sad failures – watery, lame slop with little flavour and no texture. Some – like this awesome “stoup” (soup so thick that it’s almost a stew) adapted once again from Taste – bring joy to my cold self. It’s only 423 calories, and fills the cravings for veggies, bread, cheese and potatoes, making it the perfect winter staple. And unlike many winter warmers, it doesn’t take hours and hours… it’s done in less than an hour. Just to add one more tick to the boxes, this soup is also vegetarian if you use the correct parmesan.

1. Combine spinach flour in a mixing bowl and make a well in the centre. In a jug, combine the rest of the dumpling ingredients and pour into the well. Mix gently until well combined. Roll into 15 balls and place on a clean, dry plate.

2. In a large saucepan, heat the oil and sweat onions over medium heat until translucent. Add nutmeg and paprika, stirring for 30 seconds until fragrant.

3. Tip in all vegetables except for the pumpkin and stir to coat with the spices. Add tomatoes and stock, using the stock to clean out the tomato tin. Cook, covered, for 10 minutes, until starting to soften. Stir every few minutes to prevent veggies from catching. Add pumpkin, and cook, covered, for a further 5 minutes, still stirring periodically.

4. Gently place the dumplings atop of the soup and lower the heat to medium-low. Cover again, and cook for 20 minutes, until the dumplings are cooked through. Serve garnished with fennel fronds.